Survey Uncovers Our Biggest Regrets – This One May Surprise You

Regrets are an inevitable part of life. Fortunately, not all regrets are created equal.

Some regrets are minor.

You regret buying those too tight shoes just because they were on sale….

Or picking up the phone as you were trying to leave the office….

Or ordering the fish when everyone in your party is raving about the pasta.

Regrets like these (often referred to as “First World problems”) are ones we can learn from and hopefully, minimize the chance of repeating.

Utmost regrets, on the other hand, are more problematic because the consequences are so much bigger.

Utmost regrets, are also more difficult – and sadly, sometimes even impossible to reverse.

I’m referring to the kinds of things you’d absolutely hate to know would one day be etched on your headstone.

Vivian could have been a great writer, if she’d tried.

Sam could have changed a lot of lives, if he’d had the courage to act on his idea.

Ordering the fish is one thing. Bailing on your dream of helping unadoptable kids or entering a writing contest is quite another.

Elizabeth Berg learned a lot about dreams. However, she learned even more about regrets while working as a nurse with terminally ill people.

In an article titled, Dreams Are Not Enough, the award-winning novelist wrote movingly about how not pursuing our dreams may be the riskiest move of all.

It is a lesson she learned from those whose time had almost run out.

Those dying people I cared for believed, as most of us do, that they would have time for everything. So they put things off… Then suddenly their days were almost gone.

They were out of the time they thought they would have forever. And while I bathed them, they stared out the window and talked about what they had missed.

They might say, ‘I always wanted to see Hawaii, but… I don’t know. I never did.’

The sense of regret was so strong that we both ached.

I wanted to lift those people up out of bed, put them in a wheelchair, and take them to the airport. ‘Hawaii, please,’ I wanted to tell the ticket agent.

Everyone has dreams, sadly far too often they get put on hold.

Asking, and then answering her own question, Berg writes:

“What happens to our dreams? They die of lack of nourishment, that’s what. ‘Later,’ we say, and when we turn around, they’re gone.”

According to many of the 1,200 elders who took part in Cornell University’s Legacy Project, there is a powerful link between regret about the past and worry in the present.

When asked what they most regret when they look back on their lives, the answer most often given was they wished they hadn’t worried so much.

The way 102-year-old Eleanor sees it,

You just can’t go on worrying all the time because it destroys you and your life, really…. You have to put it out of your mind as much as you can at the time. It’s a good idea to plan ahead if possible, but you can’t always do that because things don’t always happen the way you were hoping. So the most important thing is one day at a time.

Why? I ask myself. What possible difference did it make that I kept my mind on every little thing that might go wrong? When I realized that it made no difference at all, I experienced a freedom that’s hard to describe.

The thing that takes a lot of people by surprise is this.

We waste our lives worrying about the “unknown risks” that change can bring, when in reality we should be more scared of the known risk of spending the rest of lives in the same place we are today.

If we fail to at least try to create the life we really want, we risk making good on Benjamin Disraeli’s often quoted prediction that “most people die with their music still locked up inside them.” 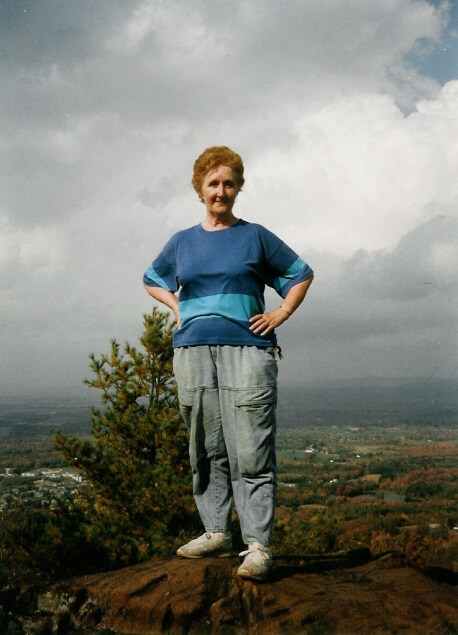 The sudden loss of my mother at just 61 totally changed how I viewed time (we can choose how we use it)… money (things work out)… and life (it’s all too short).

Walking away from a good job with good benefits was – and still is – not without risk.

Yet I knew that the real risk was looking back at my life and saying, “I was miserable, but at least I had a good dental plan.”

What Will You Most Regret?

Take a moment now to choose the THREE things you would most regret not doing in your lifetime.

Now name one small thing you can do today – not tomorrow, not next week or next year, but today – to help prevent this utmost regret from occurring.

I first posed this question three years ago. And was moved by some of the responses I received.

I’m tired of my lack of pursuing my dreams. Procrastinating! Love to write songs, and wanting to write plays. The 9-to-5 for 25 years is coming to an end. The children are grown with their own families no more excuses. Time to get busy. Age not a limit.

No regrets here, I was diagnosed with lung cancer in 2009 so I live life one day at a time and enjoy every minute of each day. I applied for a patent for my design am waiting for the approved patent to get the product on the market.

Sandi spoke about the fear…and excitement of changing course.

I actually just left a soul-sucking job with good benefits and am in transition to living a life of my own design. My biggest fear was that I would lose disability insurance coverage (I’m not as afraid of dying as I am of surviving and being unable to take care of myself) — but I realized that staying in the stressful job was more than likely going to ensure that I would indeed become disabled at some point from all the stress-induced illness that are so common when we are unhappy and unfulfilled.

So…. I was staying in a job that would most likely either kill or disable me — just so that I could have life and disability insurance??? That’s nuts! Once I figured out that it was a no-win situation, I pulled the plug on that sick logic and took the leap into my new adventure. SO exciting to know that whatever happens, at least I made the choice from freedom instead of fear.

Staying in my old administrative job for as long as I did is my utmost regret. In March 2014 I quit that soul-sucking job without really knowing what I would do instead. I just knew that I couldn’t stick it out for 10 more years – the time it would take to retire with health benefits – in a job that was so out of alignment with my values. Staying in that job for 13 years seemed to have drained the passion I’d had for anything. I’m finally on to something and taking baby steps toward it.

What are the THREE things you would most regret not doing in your lifetime?

What’s one small thing you can do today – not tomorrow, not next week or next year, but today – to help prevent this utmost regret from occurring?

Can’t wait to hear from you!

P.S. If one of your three biggest regrets would be to spend the rest of your life in a soul-sucking job… I’d like to help.

I just created a version of my popular Work at What You Love workshop that’s immediately accessible (and ridiculously affordable).

If you want to find your calling and a way to make money doing it, I invite you to become a part of the growing community of inspired change seekers.

Then, when you go to bed tonight, try not worrying about what will happen if you fail.

Instead, worry about what you have to lose by not ever trying.

SELF-BOSSING IDEA #6: Make Your Own Cool Job Series
Start a business that makes a difference in the world
Changing Course is Not as Complicated As It Looks--Really!